These three days felt like proper ‘road trip’ days. We drove basically all day, stopping off at different cool locations along the route and had a quick sleep at a random motel before getting on the road again.

Our first day of driving was from Napa Valley to Eureka. We stopped for lunch at Jack in the Box and I wasn’t convinced that I’d be able to eat anything, but thanks to the nutrition menu on the wall I worked out that I was safe eating a grilled chicken salad. I’m the first to admit that I am not a huge salad fan, but this was actually pretty good! Would definitely have it again. 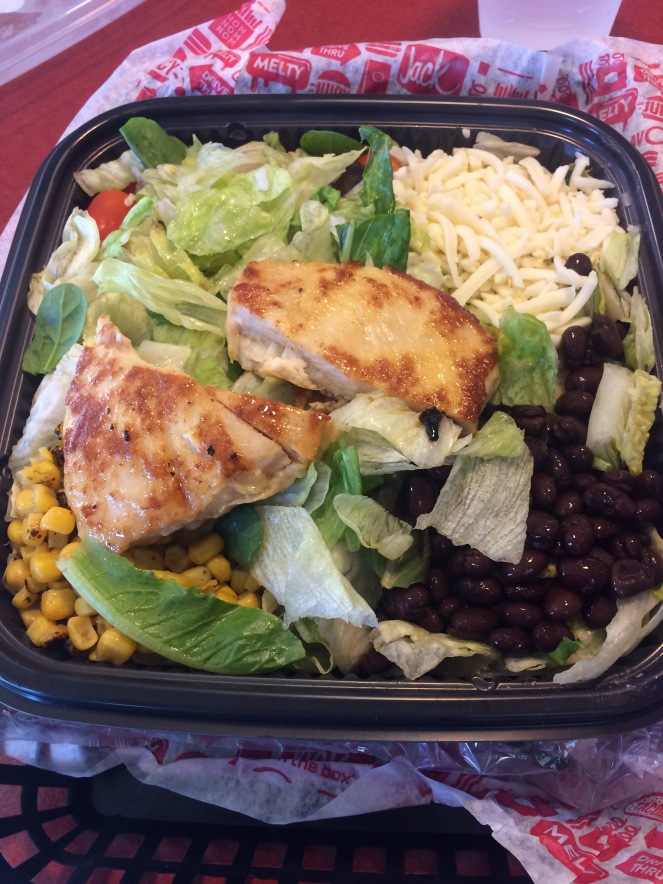 Our first sightseeing stop of the day was the Drive Thru Tree. It’s only $5 per car to enter the park and on a quiet day like the one we went on, you can drive through it as many times as you like! If the name didn’t explain enough, it’s just a huge tree that has a small, car shaped gap cut into the bottom of it so you can walk or drive through. We are in a tiny Ford Fiesta and managed to hit our wing mirror (no damage, thank God) so good luck if you’re in a big car! 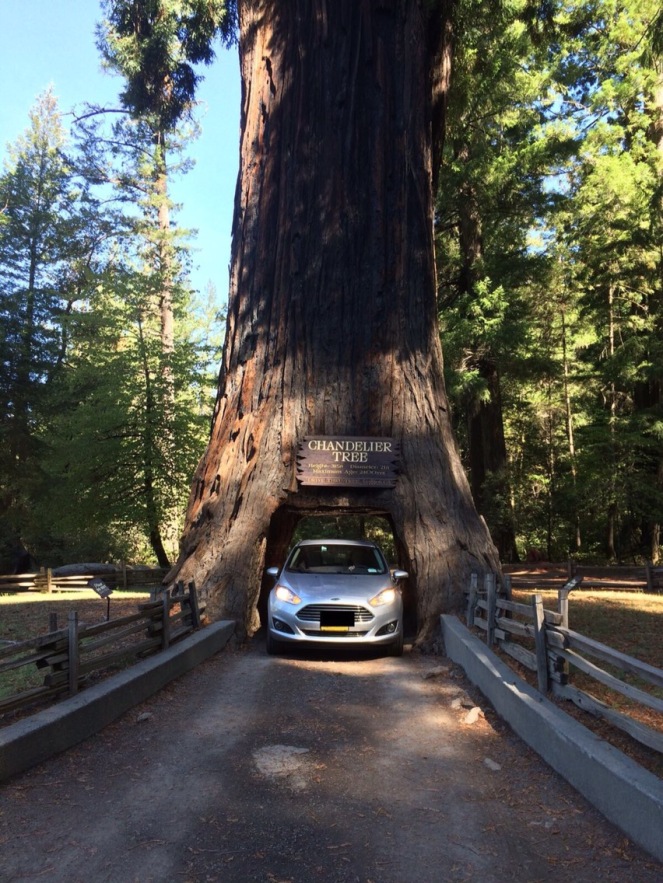 We drove along Avenue of the Giants, a vast, tree-lined area with gorgeous views, attractions and hiking trails. We saw Chimney Tree (a tree with a hole all the way through) and went on a short hiking trail in Humboldt Redwood National Forest where Ewan bravely crossed a river by walking along a fallen tree. I took the wimps option and went across the manmade bridge. 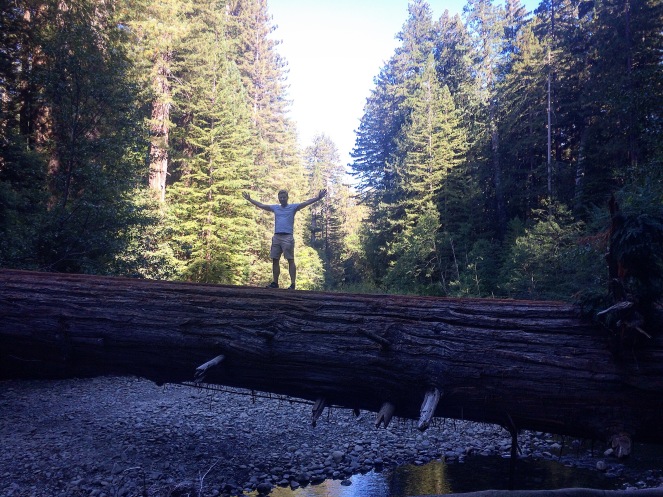 Our motel was in a town called Eureka which I stupidly expected to be buzzing because it looked geographically large on google maps. No offence to any Eureka residents (okay, maybe a little bit of offence because YOU MUST MOVE) but the entire town looks like one enormous and slightly dodgy car park. We had a quick dinner at a cute Mexican joint called Rita’s where they were able to make me gluten free vegetable fajitas and then headed back to the hotel room before it got dark out. 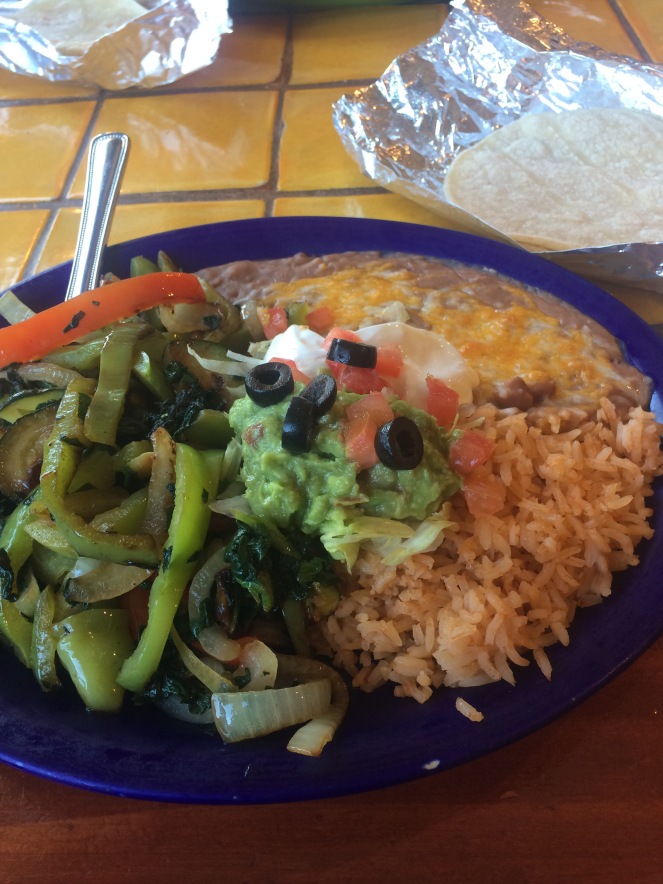 The next day of driving was from Eureka to Coos Bay, Oregon. We made friends with some Germans at breakfast who told us a few good trails to do at Redwood National and State Park, our first location of the day. We did the Fern Canyon trail which was honestly incredible, I felt like I was walking around in Jurassic Park! The Canyon walls were covered all the way up in bright green ferns and small waterfalls drizzled into the water at the bottom of the Canyon, making the atmosphere so relaxing. I had to walk through streams and climb over trees to do the trail, which made me feel very accomplished as I am generally a huge wimp. 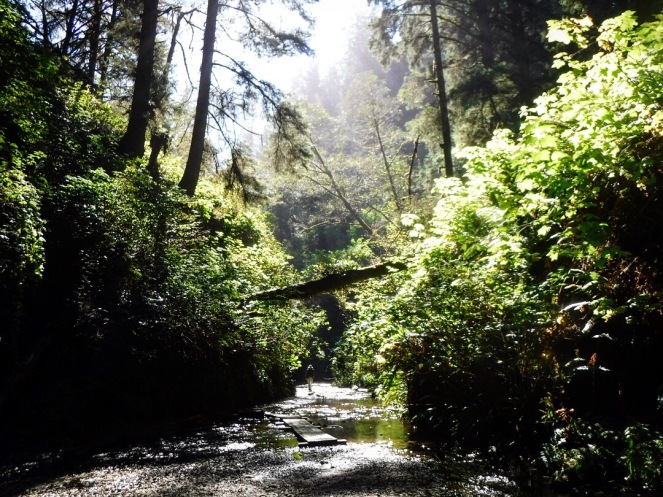 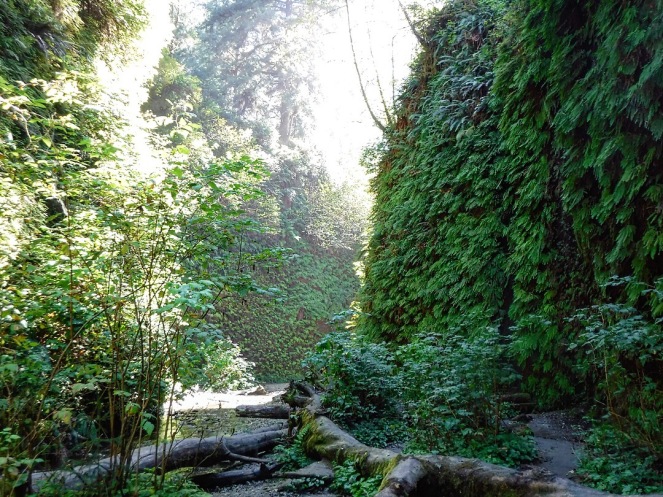 Someone who was less happy about the streams was Sid, our trusty Ford Fiesta (named after Sid the Sloth in the Ice Age films because he goes very slowly when we drive uphill). We had to drive him through a rather deep stream to get to the trailhead and if you’ve ever tried to drive a rental car through deep water you will know how traumatizing this was. Thankfully, we all came out unscathed.

For lunch we went to Palm Cafe which is apparently ‘World Famous’ but I’ve learnt during the trip that this term is used loosely for just about anything. To be honest if you HAVE heard of Palm Cafe in Orick, California, I’ll give you a tenner. The service was really good though and they made me a very yummy ham and cheese omelette, so I’m not complaining.

Back in Redwood National Park, we did a super short hike to ‘Big Tree’ which is crazy tall and 1500 years old! 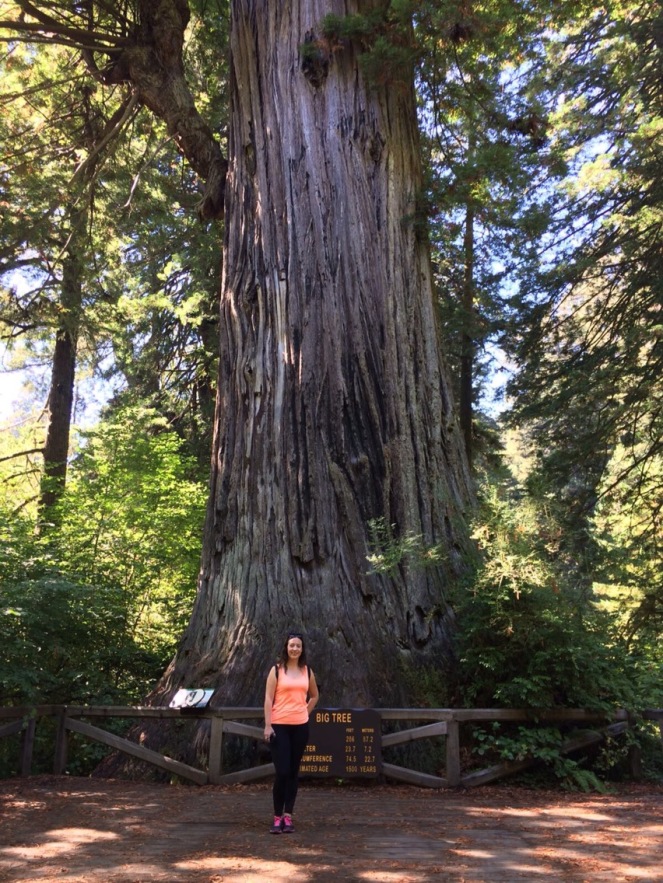 Our favourite sight of the day was Klamath River Outlook. It was such a beautiful viewpoint of the ocean and we sat in the sun watching the whales and sea lions swim around below. Dreamy. 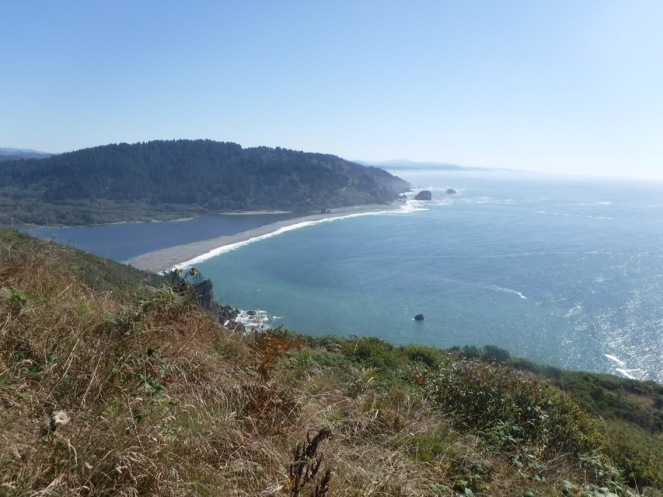 We had a slightly alternative accommodation booked for the evening at Oceanside RV Park. We were staying in an airstream! It had 2 single beds, a cute sofa, a tin shower and working loo. It was adorable and only a 1 minute walk from a private beach. We borrowed a board game from the front desk and had a really lovely evening in our trailer. 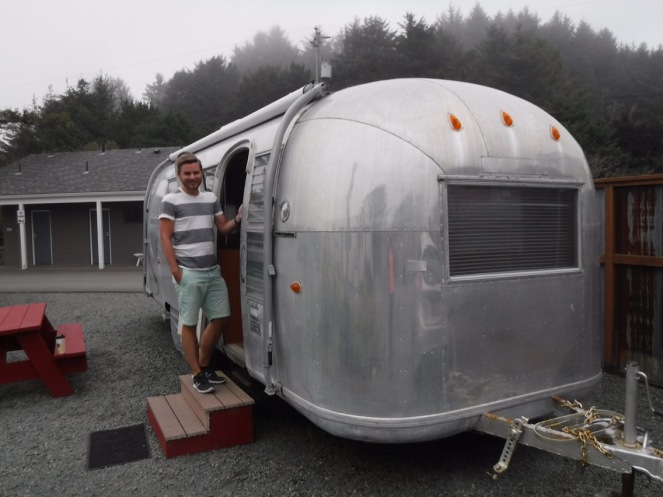 When it was time for dinner, we drove a couple minutes into Charleston and ate at Millers on the Cove Sports Bar. They have great gluten free options including clam chowder which is hardly ever gluten free so I had to order it and it was really good! I also had the crab tacos and a glass of hot apple cider because it’s now officially autumn and I am a basic bitch. 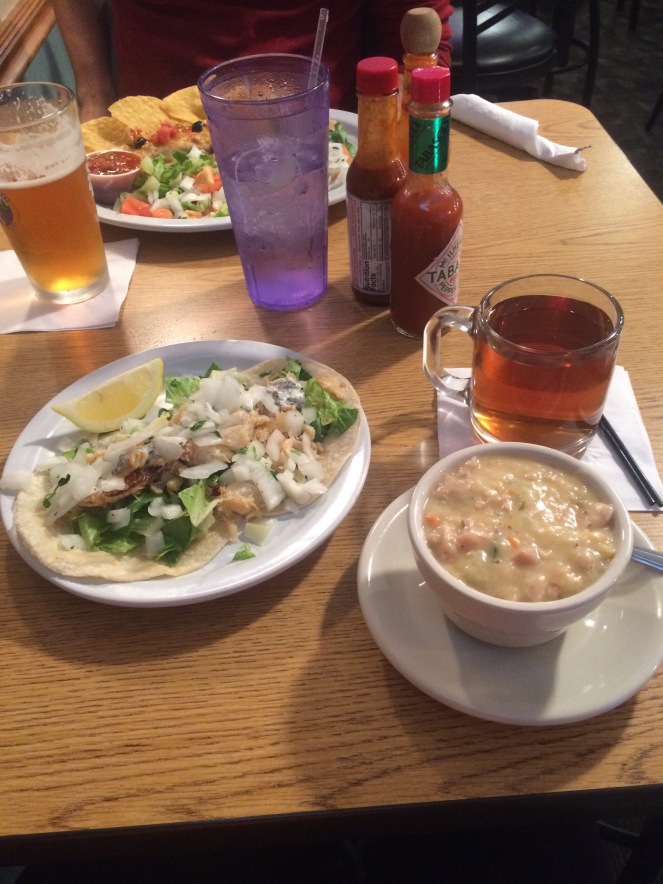 After a delightful sleep in our little tin house, we spent the day driving from Coos Bay to Portland. We decided on Pancake Mill in Coos Bay for breakfast. They do loads of gluten free options including pancakes of all sizes, waffles and muffins. I had a vegetable scramble with a side of gluten free dollar pancakes and took a raspberry muffin to go. They do three different kinds of maple syrup too and they are all delicious. One of my favourite breakfasts of the trip. 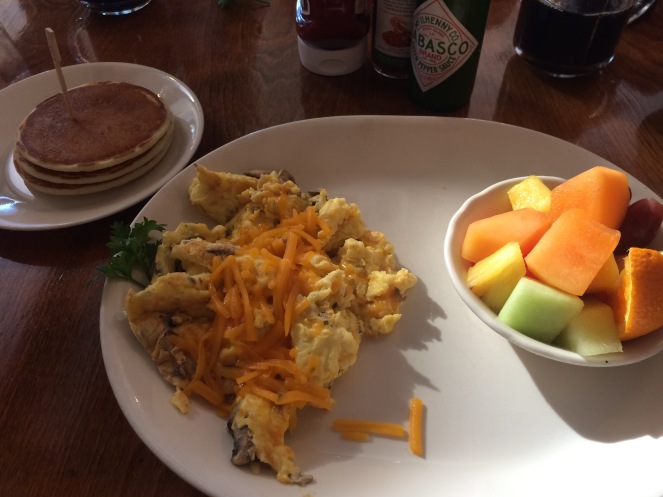 Our first attraction of the day was meant to be Sealion Caves but when we got there they explained that there were actually no sea lions there that day as they were all out hunting. They offered us $2 off their usual admission price so we could see the empty cave…. no thanks…. and instead we drove on to Thors Well. Thors Well is essentially a collapsed sea cave that looks like a bottomless sinkhole at high tide. We saw it at mid/low tide, but it was still stunning. 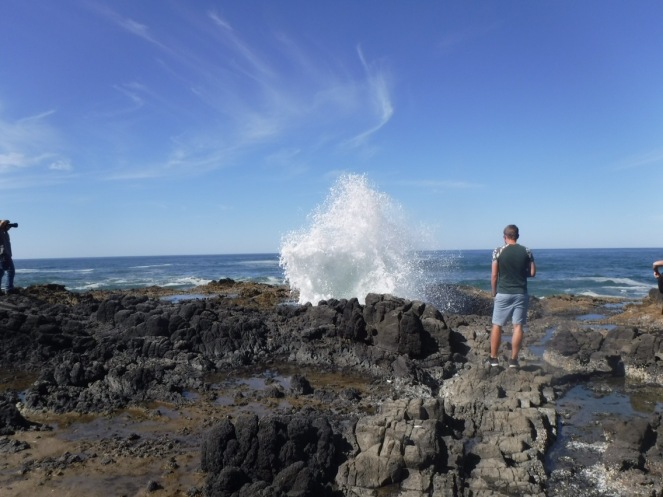 We drove on to Seal Rock for a walk along the beach (no seals, maybe they were hunting too?) then stopped at McDonalds for lunch. I love McDonalds soooo much but since I found out I have celiac disease, I’ve only been able to eat the fries. I’d heard that you can ask them to make a burger without the bun but have always felt too silly to make that request. However, because it was really quiet in there and the lady behind the counter seemed nice, I went ahead and asked. What a game changer! They server their burger in a lettuce wrap and they taste just like a normal burger! Mega happy. 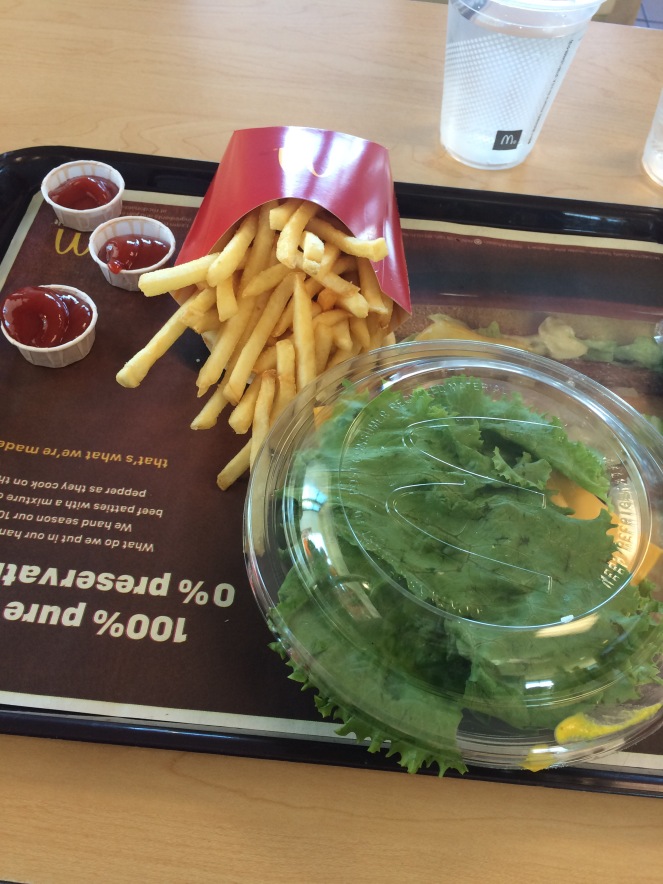 Our last stop of the day was the majestic Cannon Beach. It’s honestly one of the most beautiful places I’ve ever been and I could have wandered along the beach for hours upon hours. If you ever seen The Goonies, it’s the beach from that movie! We stayed until the sun started to set behind the huge rocks in the sea and then drove on to our hotel in Portland. 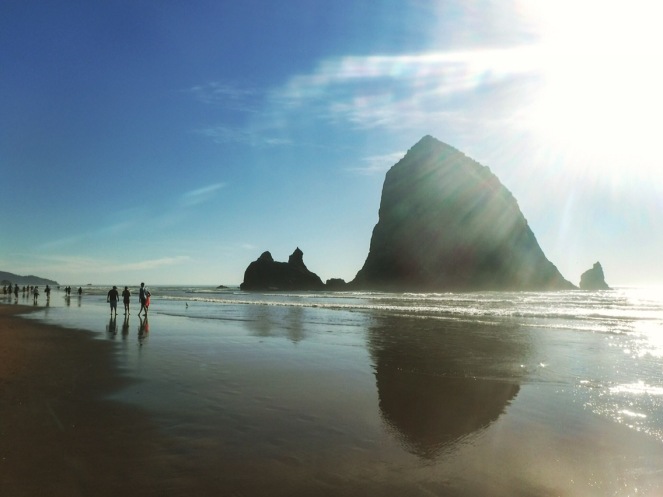 We now have under a week until we land back in UK! Where have the last 2 months gone?!

View all posts by glutenfreepiggy5

Ever been to a restaurant that advertises ‘gluten free options’ but when you get there, the only thing you can eat is a salad sans dressing and croutons (aka, all the good stuff)? Or travelled on vacation and found your eating options frustratingly minimal? If so, follow me. I’ll do all the research so you don’t have to! 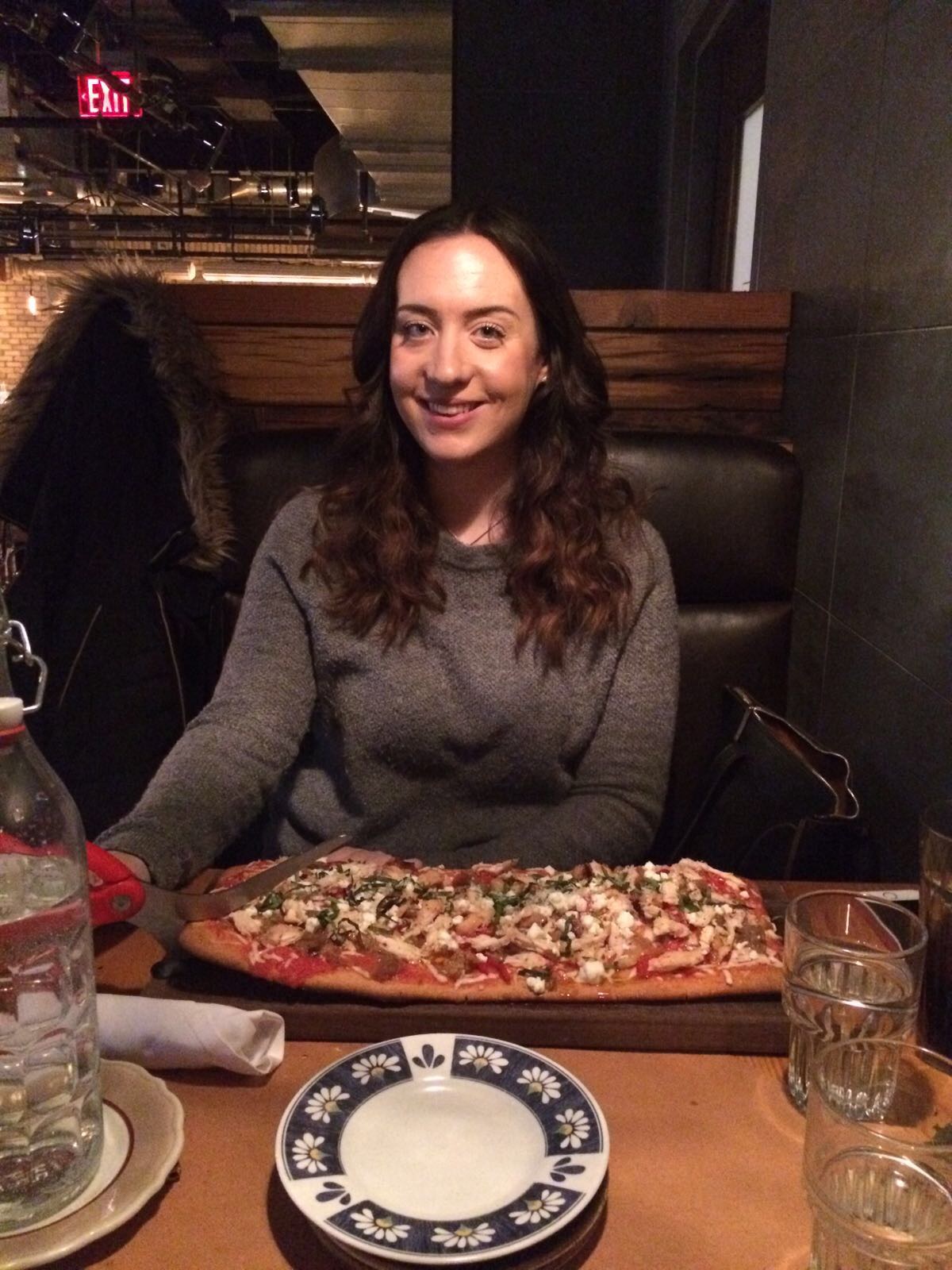